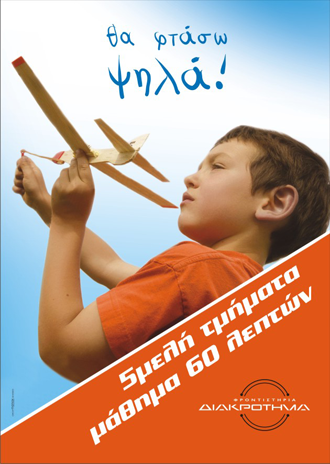 The Private Educational Group Diakrotima operates in private (tutorial) education for high school students and graduates with an increasing number of students in all the areas where our schools operate.

The first Diakrotima school began its operation at the center of Piraeus in 1997 and today, after 3 years of rapid growth through Franchise, 35 schools operate in Greece and Cyprus.

The company's goal for September 2011 is to expand Diakrotima schools in more than 50 areas in Greece and Cyprus.

It should be noted that Diakrotima is the largest franchise tutorial schools for high school students in Greece today and the only one with branches in Cyprus.

Right now, there are about 2,400 students and more than 280 teachers in Diakrotima schools. On an annual basis, Diakrotima contacts more than 5,500 parents through registrations and professional orientation meetings.

In 2010, the Diakrotima Group distributed more than 900,000 brochures and newspapers to inform new students and more than 50,000 study guides (with 260 pages of information concerning professional orientation) completely free of charge to high school students in all the areas where our schools are present.